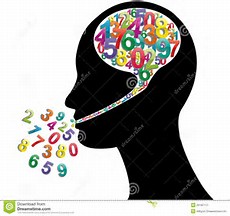 Some stroke survivors become “stroke survivor number geeks”. In this age of acronyms I shall call them SSNGs . I admit to being one of them . Not any old numbers, mind you. Stroke numbers. For those of us SSNGs living in Scotland specific stroke numbers of interest are the numbers describing shortages of stroke care professionals in our hospitals and communities and the numbers produced by the annual Scottish Stroke Care Audit (SSCA).

We live in an open democracy, so a friend of mine recently posed the following question of the  SSCA team:

Could I ask you to clarify whether the SSCA report covers all patients with all types of strokes?

Here is part of the reply:

1. Where bleeding is primarily subarachnoid (such as from an aneurysm or less commonly from an AVM*) we do not include them since they are managed by neurosurgeons primarily, and have very different clinical presentations from the remainder of stroke. SAH** is included in the WHO definition of stroke but we have not included them in SSCA because the standards we set nationally do not relate to SAH

2. We do not include childhood stroke, i.e. those under 16, because our stroke services in general will not deal with them

And in response to 2.

To a lay person, these are strange replies on several levels.

Firstly, it sounds horribly as though patients are being fitted uncomfortably into a system rather than the system and its statisticians responding to the ways in which patients actually present.

Secondly, if I am a 15 year old unfortunate enough to have a stroke, I want to be sure that “stroke services in general” will actually deal with me and that all available expertise will be pointed towards me. This may well happen in practice, but it is not represented in what are supposed to be comprehensive stroke care data.

Thirdly, if the WHO definition of stroke includes SAH, why does Scotland, too, not include this condition within the definition of “stroke”? After all, while the initial clinical presentation may be different, the outcomes in terms of death, disability and potential recovery are the same.

Finally, I have enormous respect for the professionals involved in stroke care across Scotland, but if these patients are not included in the SSCA, then how is performance in the treatment of these patients measured? (That is a genuine question which I invite any knowledgeable professional to answer at the end of this blog post)

In my view, these exceptions in the SSCA statistics are part of a larger problem. The NHS is fragmented across the UK with each of the four nations measuring stroke care in a slightly different way. Thus it is impossible to compare precisely stroke care in England with stroke care in Scotland. Most UK citizens would like to know that if they are unlucky enough to have a stroke in London, the quality of treatment is likely to be the same in Llandudno, Lowestoft or Lanark and that common standards of treatment will apply. As taxpayers, we ought at the very least to have the means to compare readily what quality of care we can expect across the country. In other words it would be tremendously helpful to have a common dataset for measuring stroke care across the UK, even if it only applies to certain key aspects of the three basic stages of care – the “patient journey” as the professionals are wont to call it – initial acute care, stroke unit standards and rehabilitation. This does not preclude having minor additions to what is measured beyond the basics in different parts of the UK.

The NHS in Scotland has an excellent record in terms of good quality data collection and could be a leading player in achieving common agreed measurements of stroke care across the UK. However, given the Scottish Government’s current obsession with making all things Scottish as different as possible from other parts of the UK, this seems unlikely to happen soon. I speak not as a member of any particular political party (I am not a member of any), but as a simple SSNG.

Then again, it is important to remember that behind these statistics are thousands of human stories – even we SSNGs are human, as I understand it.